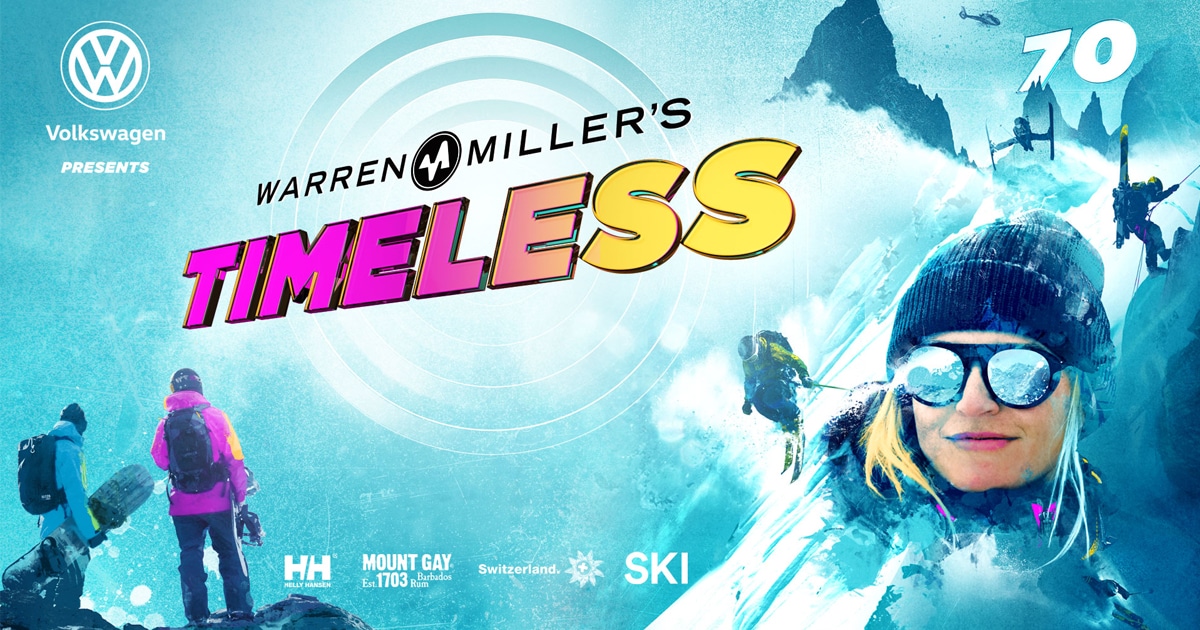 Collingwood’s Unofficial Start of Winter – There will be TWO showings of “Timeless” – a “movie only” half price Matinee at 3:00 pm, and our usual “Evening Gala” at 7:30 pm!

Year after year, generations of ski and snowboard enthusiasts look forward to the coming of winter, and even after seven decades of ski cinematography, Warren Miller Entertainment can confirm that the joys of winter are eternal.

Explore the enduring spirit of the season across the globe, from the slopes of the Colorado Rockies to the rooftop of the Alps, and the steeps of the Monashee Mountains at Mustang Powder Lodge to Mike Wiegele’s Heliskiing out of Blue River in British Columbia.

To add an event to our website, click here. Upon review and approval, your event will be added.